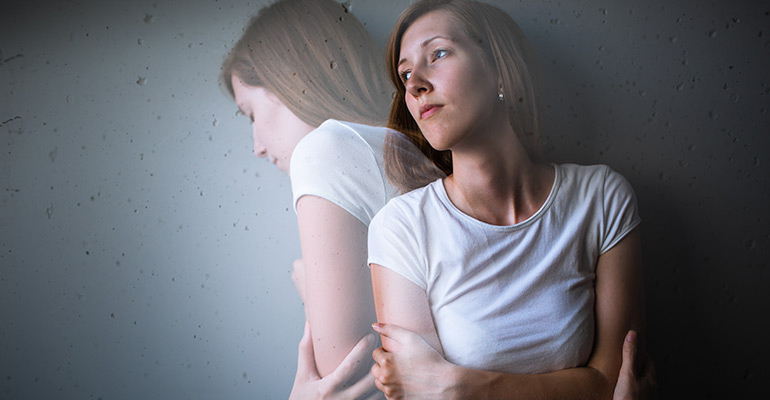 There are many different types of conditions that are recognised as mental illnesses. Here are the more common types of mental conditions explained.

Anxiety Disorders – When a person responds to certain objects or situations with fear, dread and physical signs of anxiety or panic – such as, sweating or racing heartbeat. If the response is inappropriate for the situation, they are unable to control their response or the anxiety interferes with normal functioning, this is what is known as an anxiety disorder.

Mood Disorders – Persistent or extreme fluctuating feelings of sadness or happiness are signs of a mood disorder, also known as affective disorders.

Psychotic Disorders – A psychotic disorder is when a person’s awareness and thinking are distorted, such as when experiencing hallucinations and delusions. Schizophrenia is a common example of this disorder.

Eating Disorders: Bulimia Nervosa, Anorexia Nervosa and Binge Eating Disorder are the most common types of eating disorders, all of which involve extreme emotions, attitudes and behaviours towards food and weight.

Impulse Control & Addiction Disorders – Impulse control is when people are unable to resist their urges and act in ways that can be harmful to themselves and others, such as those diagnosed with Pyromania (starting fires), Kleptomania (stealing) and/or compulsive gamblers. Addiction disorders are those usually who have substance abuse problems, such as alcohol and drug addictions.

Obsessive Compulsive Disorder (OCD) – When people are obsessed with and inundated by constant thoughts and/or fears that make them act in certain ways in an attempt to appease them. The thoughts are called obsessions and the fears are called compulsions.

Post-Traumatic Stress Disorder (PTSD) – This is a condition that can develop as a cause of experiencing a traumatic and/or terrifying event, such as a natural disaster, war, physical or sexual assault. Often those diagnosed with this disorder tend to be emotionally numb as well as have lasting and frightening memories of the event.

If you are searching for a psychologist, CPCCPC has two registered Psychologists with extensive experience and practical, research-focused processes and therapies. Our in-house Psychologists are available for counselling and psychotherapy, offering our Gold Coast customers an outstanding combination of knowledge and care.